It’s been a long time since the last post, mainly due to the world going weird last year. Had some fun over Christmas with this one. Started with a scribble discovered in an old sketchbook. Quickly dropped the idea of using my warrior character in a fight scene. Settled on reusing the witch girl model instead for something more gentle. Erol Otus is the subconscious influence on the colours. 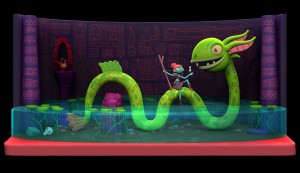 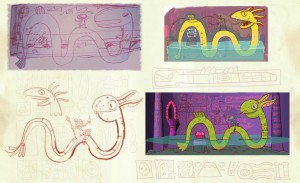 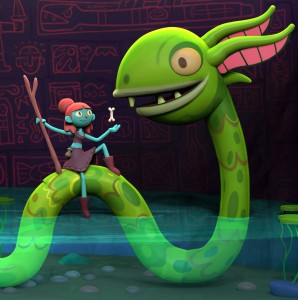